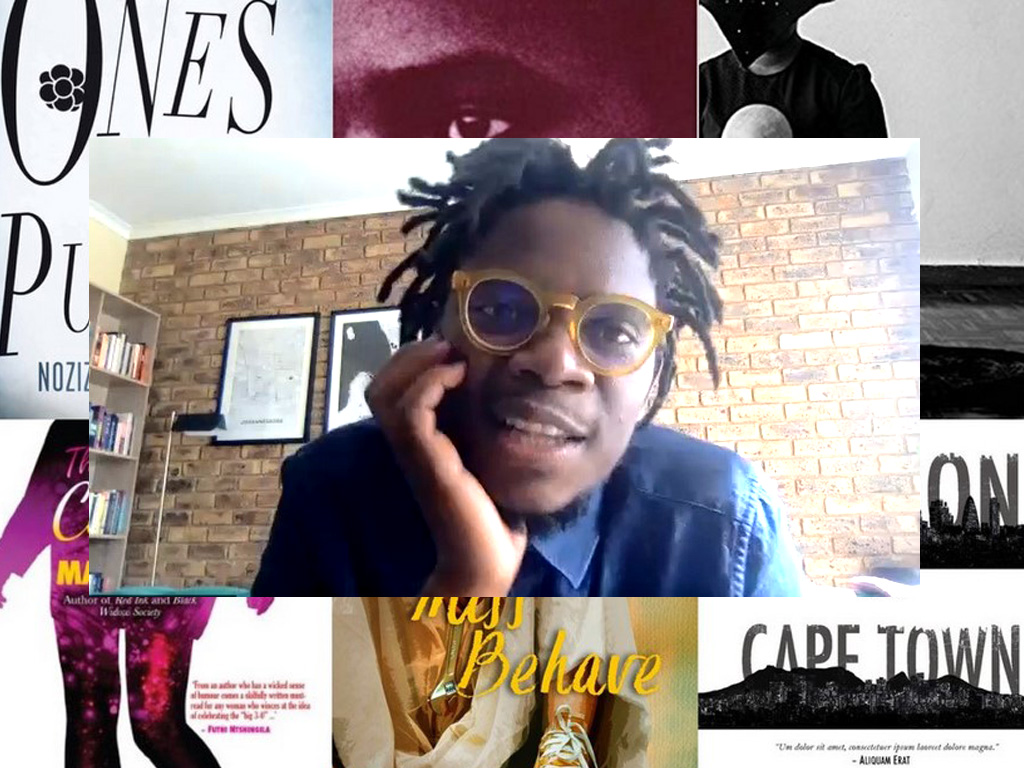 This year’s edition of the African Book Festival Berlin has an impressive list of authors who will take part in the festival. Margaret Busby will be there, Igoni Barrett, JJ Bola, Jennifer Nansubuga Makumbi and many more. Lidudumalingani Mqombothi is this year’s curator of the festival, which takes place from August 26th to 28th in Berlin. The native South African sees himself as a multimedia artist. Writing, photography, filmmaking. In 2016 he won the renowned Caine Prize for African Writing with the short story „Memories We Lost“. Two months before the festival, Hans Hofele didn’t just talk to him about literature.

HH: You once said “photography is like poetry in a picture”. You are not only a writer and photographer, you are also a multimedia artist. Are there connections between these arts?

L: When I was a lot younger, I thought that the different things I do were all separate, separate. But now I don’t want to differentiate so much anymore, I think it’s all the same. The two most important factors are: beauty and storytelling. When I was writing, when I was photographing, I was looking for a certain kind of beauty and a certain kind of story, also for stillness, which then becomes clearer in the photo. A snapshot is a very calm type of aesthetic in a photo. I think it also exists in my writing. I tend to calibrate stories on a very small scale, with strong emotions nonetheless, so I think that’s the connection to other arts.

HH: If you compare photography and writing, there is also a kind of freedom of expression. It doesn’t take that much to make. Inspiration, camera, laptop, even a pen and paper is enough for writing. Filmmaking, on the other hand, is very complex and it is a financial and technical burden for many people. Is there something like freedom in art for you?

L: Even in filmmaking, producing, I work as an author, like an author. I’m on set when I want to go on set. You see the hustle and bustle on the one hand and standing around all day on the other. For me it stays the same from work. I write at home and send it to my script editor. So I can choose the freedom, which is also often loneliness, in my work.

HH: Many film projects in Europe and South Africa depend on financial support. In an earlier statement, you accused the South African cultural institutions, which are also responsible for awarding funds, of corruption. And that they don’t support critical films. Is it still like that?

L: The challenges in South Africa when it comes to art are always financial. It’s not so much that you can’t say what you want, you can say what you want. The problem with the government is that it has misused every penny of public money. Money that should flow into the art. I’ll give you an example: More than 12 million euros were spent on the crazy project of a giant national flag, which was created by plants in the desert, and there was no money left for other projects. So the shock is that nobody gets funding, nobody gets money for projects like photo reports or films. I am in the largest fund we have in South Africa to write a non-fiction book that will earn you a monthly grant. But for the feature film I’m writing, I have to apply for funding outside of South Africa. If you were looking for a fund in South Africa, you would never make a film.

HH: Let’s talk about literature and South Africa. Can you tell me something about the situation of writers in South Africa and their working conditions? Isn’t it also the focus of this year’s African Book Festival in Berlin?

L: There are two things that are characteristic of the literary scene here: one is that publishing here is quite limited. There are some big publishers that are interested in very specific South African voices. But they don’t publish enough in breadth, in their diversity. That does not happen. But what we want to show at the ABF is the incredible variety of authors who have been publishing over the decades.

During apartheid and post-apartheid. The festival celebrates the long tradition of South African literature. And for me, it also exists outside of publishers. So that also applies to authors who publish in journals, to people who publish outside of South Africa, in the diaspora. But they all have one thing in common: books don’t sell very well in South Africa. There are certain books that are non-fiction, or if you write in Afrikaans then you will sell your books. But when you’re writing stories for a black audience, when black writers who are from the townships or villages are writing those books, those books are hard to sell. The number of publications is therefore very limited. 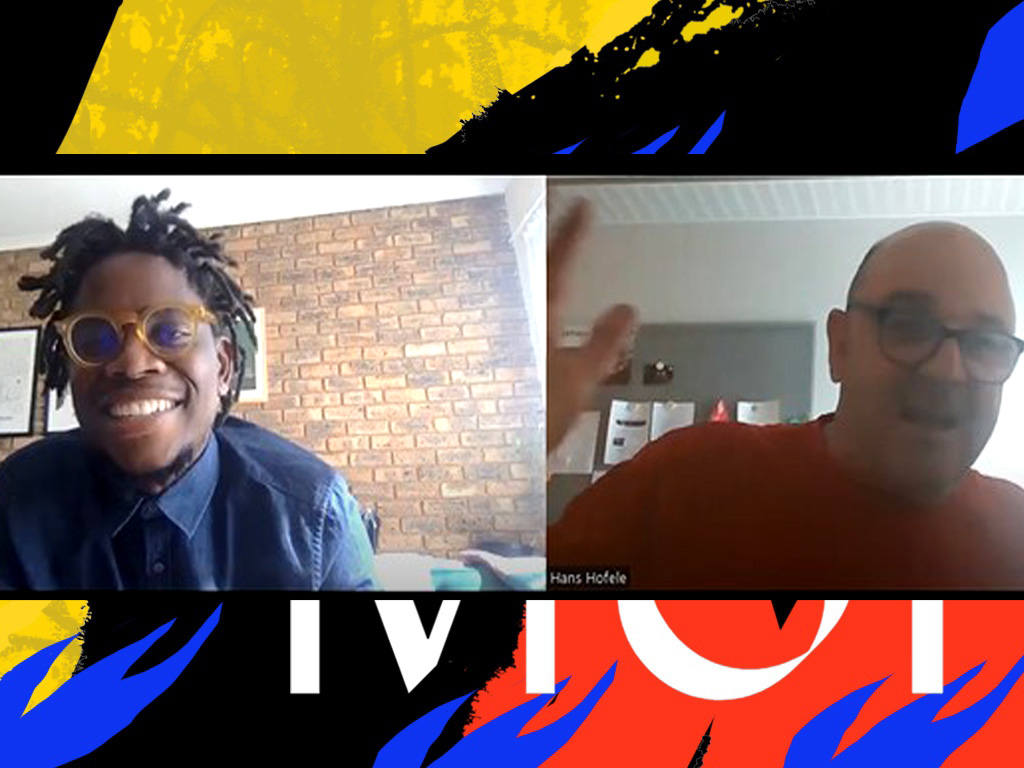 HH: Is reading in South Africa a luxury for the white, the privileged? Books are expensive too, it’s the same in other African countries, paperbacks cost almost as much as in Europe.

L: Yes, it is. It’s a luxury. There’s a contradiction: people want to read and then there’s the price of books. They are still very expensive. I have a job, I read, but I always think twice before buying a book. It is expensive. But even in the communities that read books in South Africa, fiction doesn’t sell. Only a few copies. People write good novels, but will they sell them? As a result, publishers are cutting back on fiction because they’re not making any money from it.

HH: Coetzee, Galgut, Gordimer, Ivanisevic, all white, well-known writers from South Africa…is there a lack of recognition in the West for black African writers as well? Is there anything to catch up on?

L: It definitely needs more representation. The truth is, it’s not as bad as it used to be. It used to be much, much worse. So someone like Ivan can now be interviewed as an African writer. A new situation that also opens up space for me.

HH: You are the curator of the book festival this year, can you say what the visitors can expect? The list of authors is long and exciting.

L: I’m really looking forward to this festival. We’re just finalizing it. I am very excited about the expected authors. The talks that will take place, the panels. It’s important for me to talk about writing on the African continent as something that’s actually happening. That African literature was always happening. African writers are not a new fad, not a trend. We show the German audience that so many exciting things have been going on for years. Part of the conversation is really about that. We discuss many things. From Mental Illnes, about women and literature, the relationship between young writers and the older generation. There are many panels which I hope will give a sense of what African literature is and what it can be. This is my hope for the three days. 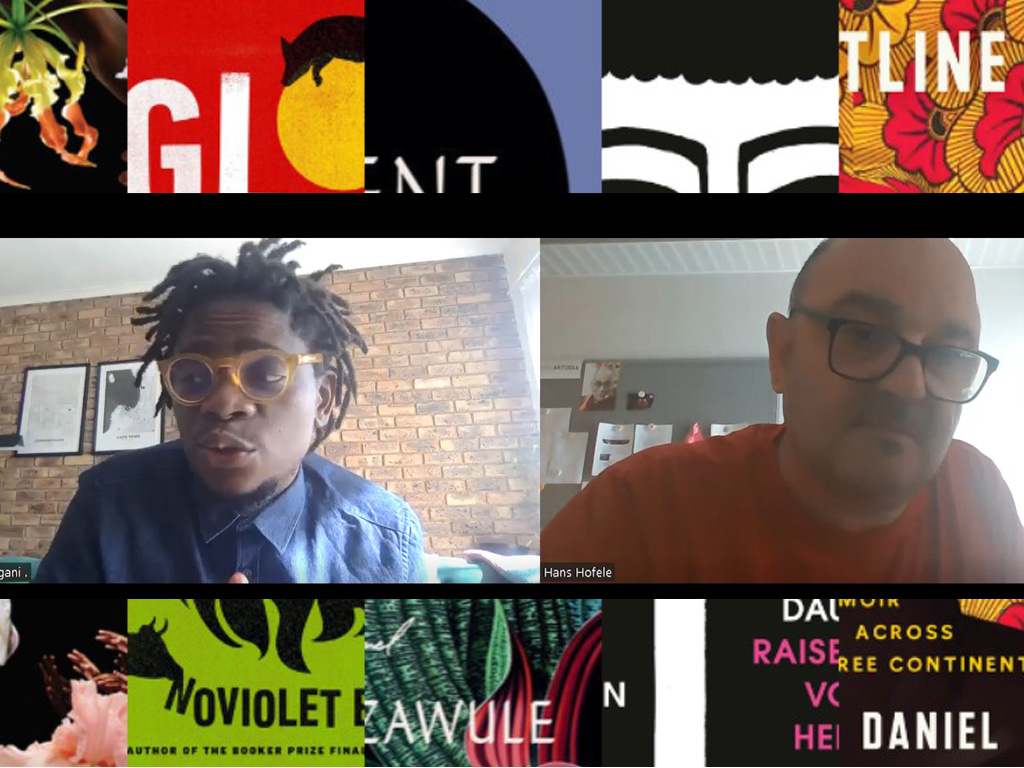 HH: Last year we had a very successful year for African authors. They won almost every literary prize in the world. Is this a happy coincidence or proof or recognition of a longer development.

For me, part of the festival is more about celebrating African literature than having conversations about what it is and what it isn’t. We also want to celebrate what exists.

HH: Can we talk about the difficulties and possibilities of language? There are 12 official languages ​​in South Africa. Of course, English is the language of the authors. A big topic when it comes to African literature, I think.

L: That brings us back to the question of publication. It’s only recently that people are starting to publish books that aren’t in English. Most books published in the South African languages ​​are children’s books. There is a teacher at Sol Plaatje University in Kimberly who publishes books in Setswana. So there is a boost for that. One of the authors coming to the festival is Dr. Athambile Masola who has written a book of poetry in isiXhosa. A lot is happening now. A task of the festival is to show the authors who write in their own language. Some of the authors have now been translated into German. Language is important, as is translation. These will be themes at the festival. 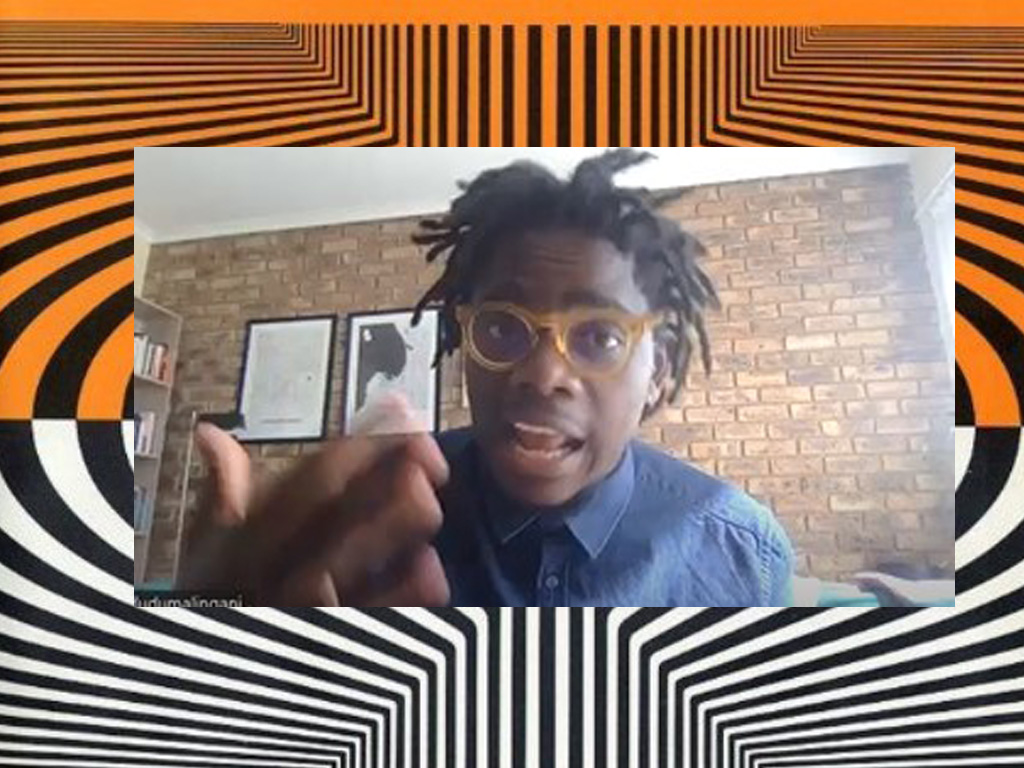 HH: Yesterday. Today.Tomorrow. That is the motto of the festival. You once said a very nice sentence that „there is a way in literature where the older people hold the younger ones by the hand“. Have you experienced such solidarity among authors yourself?

L: When I first started writing, I reached out to every other writer I liked and asked them a thousand questions about writing. Of course, I benefited from other authors. Not only from what they wrote, I met them at festivals in Johannesburg and Cape Town. I could use their wisdom, their advice. I definitely benefited from their solidarity. There is talk of several cliques in the writing scene. I don’t belong to any of these cliques.

HH: Another quote from you is: “No author writes alone”.

L: Absolutely! There’s no other possibility. For me, the sentence means not only that knowledge systems only appear in books. It’s an idea of ​​the new writing, I’m writing with my grandfather’s grandfather, so to speak, whom I know from the villages. I do not write alone, but always with the ancestors. I create this great father that I know. This knowledge system exists every time I sit down to write. It works through everything I write, every person I interact with in forms of writing.

HH: Lidudumalignani, thank you very much for your time. 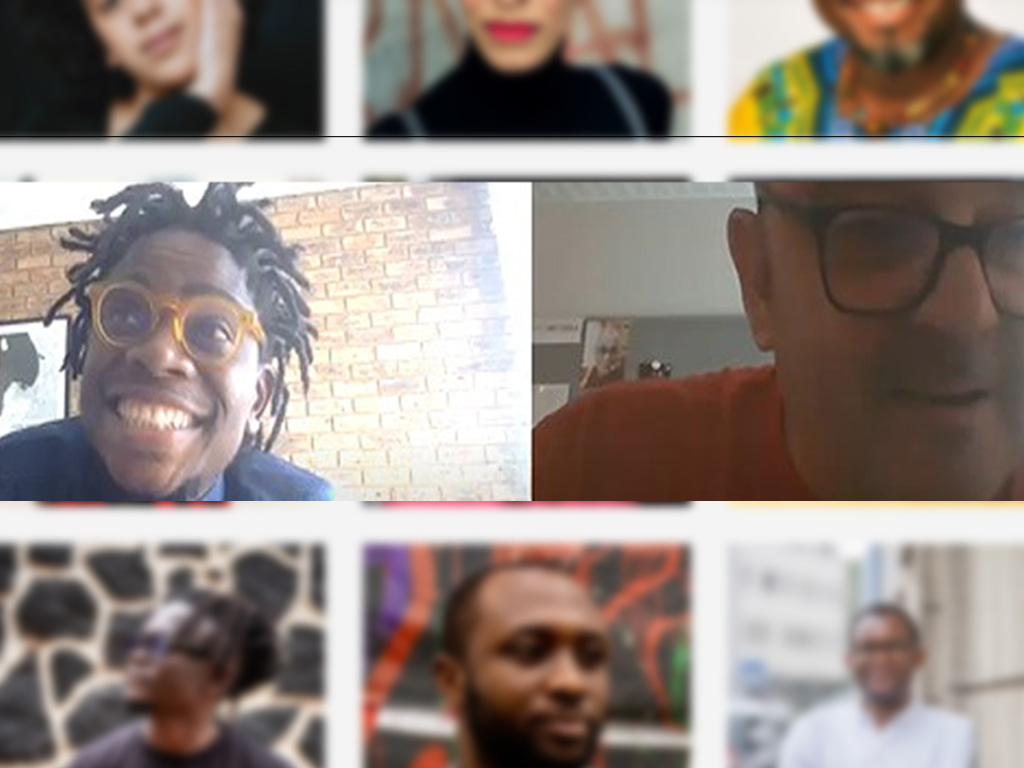 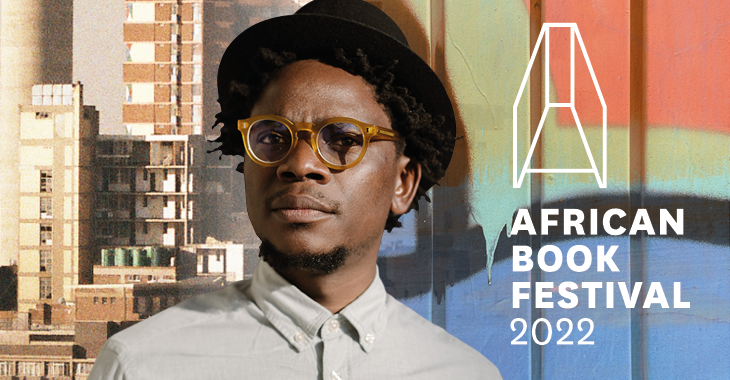 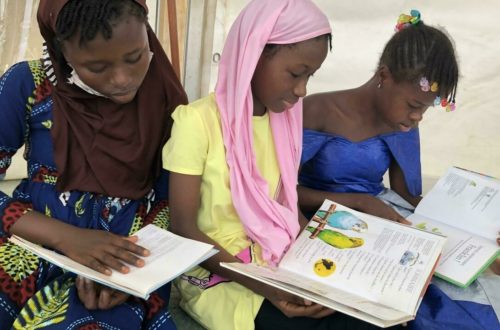 From Capital of Books to an International Book Event: Les 72 Heurs du Livre in Guinea- engl/ger/fre 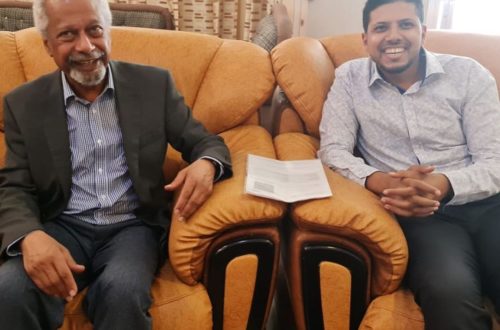 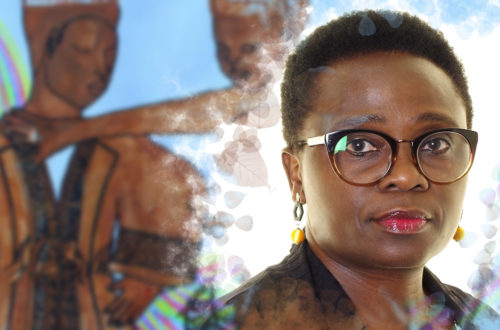