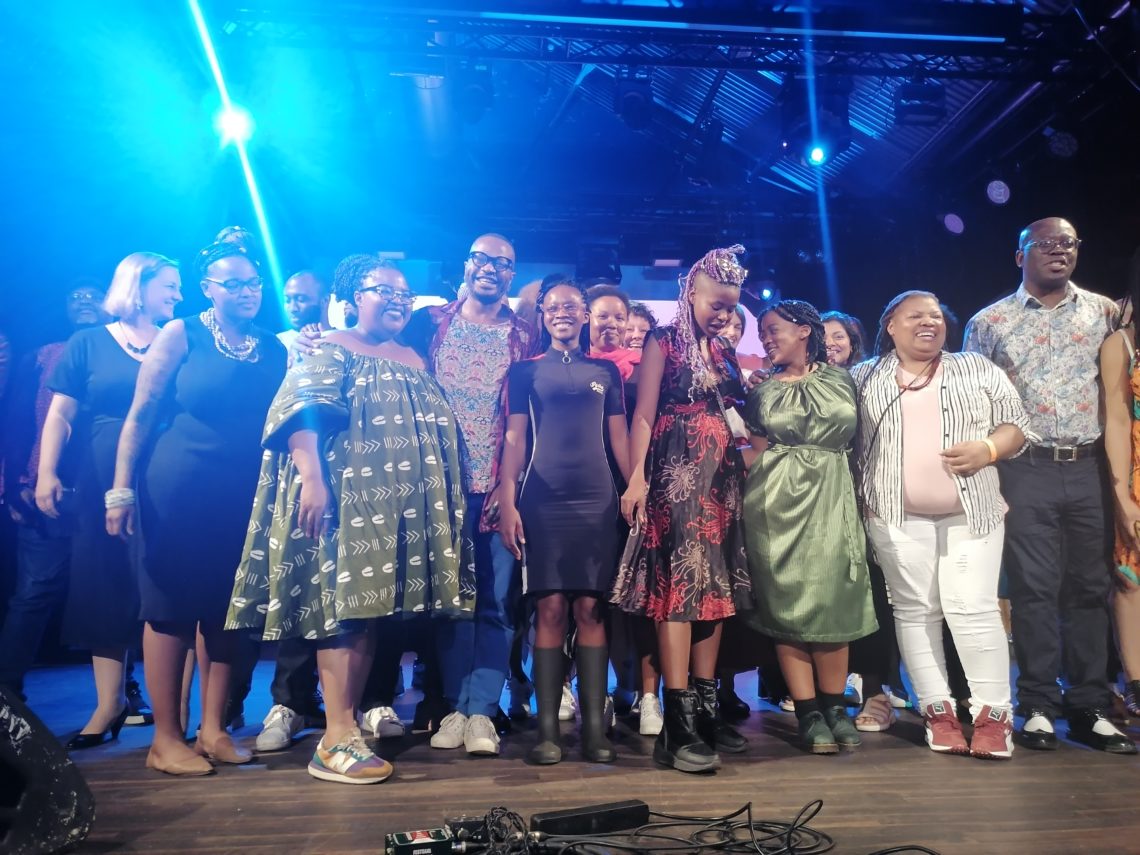 Yesterday.Today.Tomorrow. That was the leitmotif of this year’s African Book Festival in Berlin. Finally without any restrictions, finally everything live and on the spot. The joy about this could be felt everywhere when you were out and about at the festival. Cultureafrica was media partner this year, but this should not distort the view when reporting about this event.

But: Where does one start to report? About a literary event that is more than the sum of its events? Even in retrospect, it was a very intense long weekend. If you count the launch of InterKontinental on Thursday evening, it was four days in which you could get involved with the authors and the whole diversity of African literature. And it was the encounters and conversations with the invited authors that gave you the feeling that you were not just a visitor and reporter, but part of a community. And that still gives you a tingling sensation.

Although the festival was excellently prepared, it was still on the brink of an abyss shortly before the opening: the Berlin building authority had withdrawn the permit for the Napoleon Complex venue just three days before the start. Stefanie Hirsbrunner and Karla Kutzner, the festival directors, Lidudumalingani, the curator, the 70 volunteers and the many supporters were horrified. Should all the work of a year have been in vain? The solidarity of the Berlin cultural scene made it possible to find a replacement within a few hours. Thus, the venue Alte Münze, south of Alexanderplatz, came to enjoy the African Book Festival. One after the other. 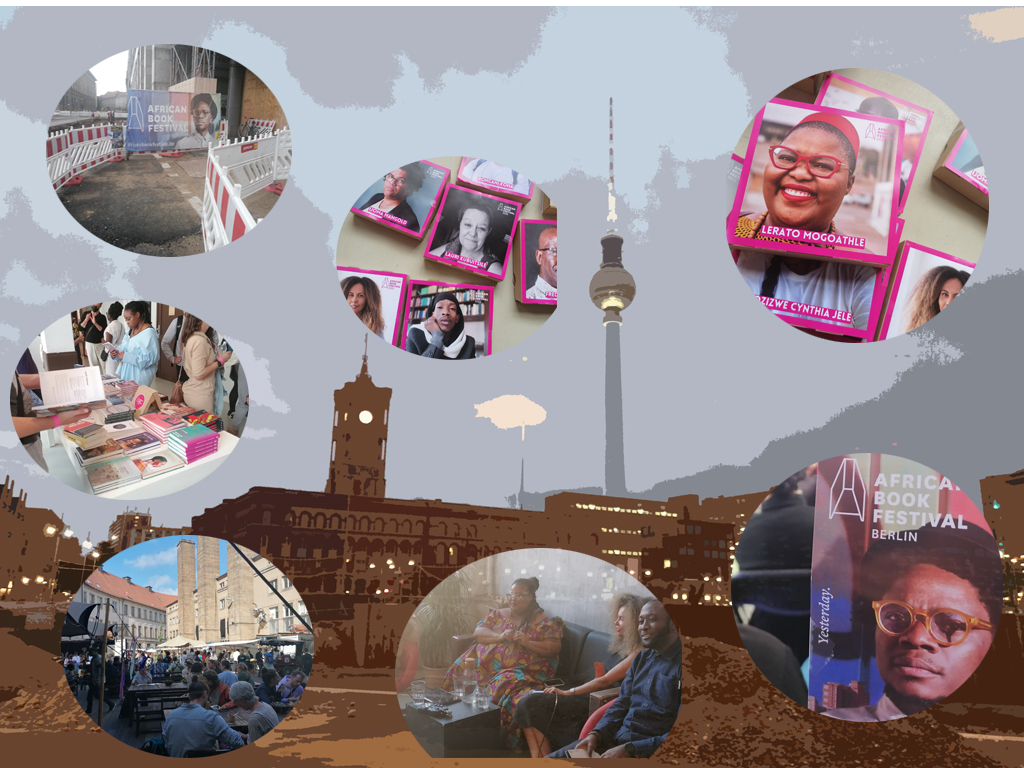 Since many of the ABF’s authors also attended the publishing launch of Interkontinental Verlag in the courtyard of the Student Hotel near Jannowitzbrücke, eastern Berlin, I’ll start there. On this muggy evening, one day before the opening of the actual festival, many African authors, publishers, press and guests gathered there.

The keynote speech by Ainehi Edoro-Glines, founder and director of the influential literary platform brittle paper, gave an interesting insight into the market mechanisms of the book market and the African perspectives there. It was at the same time an indication of subsequent events with brittle paper at the ABF to follow.

There are overlaps between the authors of the four books of the new InterKontinental Publishing House and the ABF. It would have been strange if they had only flown in for the publisher’s launch. So on Thursday one could already enjoy readings of the German translations of Igoni Barretts‘ Blackass, Lauri Kubuitsiles‘ Zerstreuung/Scattered, Jennifer Makumbis‘ Die erste Frau/The First Woman and the essay collection Could this be Love, edited by Stefanie Hirsbrunner.

When all the authors then march across Alexanderplatz late at night for a round of kebabs, the fun is guaranteed. It was very amusing to walk with this colorful group across the nightly Alex and to sit in front of Ali Baba’s 24h booth. Socializing is an important part of every literature festival. 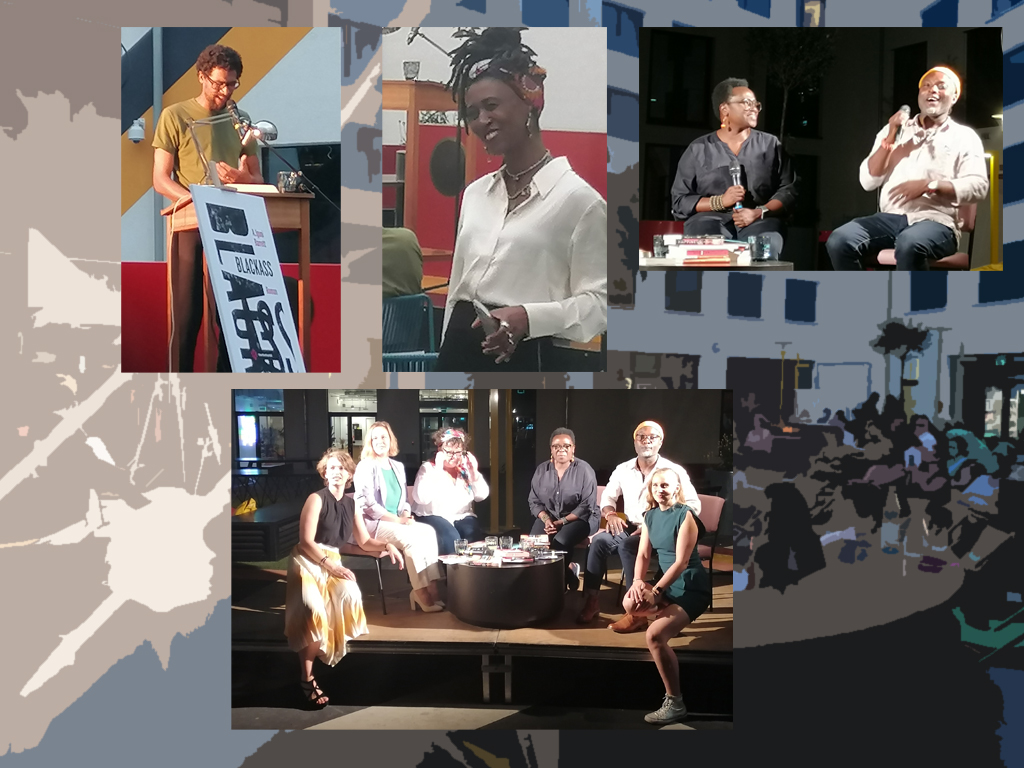 The rain was pelting down when the ABF was festively opened on Friday evening in the Festsaal Kreuzberg. The diplomatic limousine in front of the door nourished the hope that Claudia Roth, Minister of State for Culture and the Arts and patron of the festival, would come in person after all. But it was the car of the South African ambassador Stone Sizani. There was a reason for this, as the focus this year was on the country on the Cape. Alexandra Antwi-Boasiako led through the evening with verve. The ambassador won over the audience with a short, witty speech. He pronounced the difficult names of the numerous South African guests with relish and perfection, earning cheers in return. Claudia Roth had previously addressed the audience in a video message.

You can see parts of the Opening under this Link. Literaturhaus Berlin has covered it:

A star of this year’s Book Festival was Margaret Busby, who became a legend through her anthologies Daughters of Africa and New Daughters of Africa. But also legendary was her speech on the opening night, in which she factually presented the development of African literature and its reception. No one held it against her. The mood was exuberant. Curator Lidudumalingani also took the floor and was full of thanks and anticipation for the festival. He echoed his own leitmotif, „No author writes for himself alone,“ in his speech. While lively conversation groups were already forming outside the door of the festival hall, inside they were waiting for the highlight of the evening: The join-in comedy „Tell me nothing from the Horse“ by actresses Thelma Buabeng and Celina Bostic had the hall laughing. Good live acts are now a tried and true part of the African Book Festival and help break up the occasional heaviness of literary festivals. 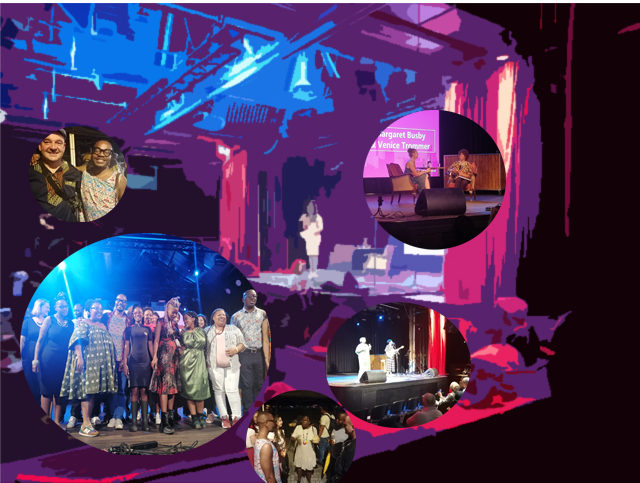 Its hard to get there!  But then: Already on Saturday, the first day of the regular festival, it will be difficult to follow the abundance of the offer. The panel „White Lies“ about the genre of historical fiction, which always gives rise to reinterpretation of history and prioritization of the POV of African author:s, kicked off the day. There was some lighthearted debate. Included:

Venice Trommer presented Igoni Barrett’s Blackass, which is now also available in (Venice Trommer’s) German translation. Already the events are crossing paths: I go to the whimsical panel „Man in the Mirror,“ while next door Margaret Busby presents her project New Daughters of Africa.

The question of gender, the understanding of roles and all their twists and turns are the focus of the „Mirror“ panel. Splendidly cast and well acted: Max Lobe (Confidences, A long way from Douala), JJ Bola (The Selfless Act of Breathing, Masculinity Redifined) of poet Maneo Mohale (Everything is a Deathly Flower). Led by Dzekashu MacViban (Scions of the Malcon-tent). Max Lobe told impressively about his understanding of masculinity and being gay and how the differences between the continents of this self-understanding look like in dangerous or amusing everyday aspects.

I loved the diversity of the conversations. I also loved the venue. Personal attending matters. Joining panels and discussions matters. Lauri Kubuitsile

JJ Bola gave an amused account of his youth in Kinshasa, where dancing is part of the male self-understanding, while in the Black community in London (JJ Bola’s second home) it is considered „feminine“. Maneo Mohale and Max Lobe interacted so beautifully that it was hard to imagine what it was like when Zoom dominated the events or didn’t even take place.

The Book Specials on this day were characterized by Igoni Barrett’s Blackass, Margaret Busbys‘ New Daughter Anthologies, Ijoma Mangolds‘ The German Crocodile or Paradise in Gaza by Niq Mhlongo. The special on Tanz der Teufel/Danse de Villains by Fiston Mwanza Mujila was another highlight. Of course, this is also due to the fact that Fiston gives an unbelievable performance as soon as he reads aloud himself. The visitors could experience this in different forms on all days. Also in the Poetry Night on the second day.

Niq Mhlongo, like Igoni Barrett, was part of an exciting round table on the topic of short stories.

Very European, very German, and at the same time „Black and White“ were the two Book Specials Could This Be Love/Kann das denn Liebe sein, a volume of essays, edited by Stefanie Hirsbrunner, on the problem of interracial relationships. Told from many (predominantly female) perspectives.

This was exciting. Some of the authors talked about how much they had to overcome to talk about very personal things like relationships, racism, identity and the tension within a relationship. It was also packed at the book launch, the German translation of Jennifer Nansubuga Makumbi’s wonderful Uganda novel The First Woman. (see also the interview with Jennifer on this page).

Jennifer N. Makumbi sprays so much fine humor when questions like the one about feminism of the African kind come up. She and almost all the invited authors are very entertaining. This goes down very well with the audience.

Outside, in the courtyard of the Alte Münze, the many conversations simply continued. There was still the performative reading of Olivia Wenzel (1000 Serpentines Fear). So right out of everyday life! Long lines were already forming at the entrance, because another highlight was still to come: the poetic music artist Bongeziwe Mabandla from South Africa. Now the Alte Münze (Old Mint) was really the epicenter of Africa in Berlin this Saturday!

„I see it as a readers festival. As a writer I see: there is a place in the world for our stories. So powerful. I cant wait to come back to Berlin“ Lerato Mogoathle

Already really full again was the event on African Markets, chaired by Ainehi Edoro-Glines of brittle paper. Writing books is one art, bringing them successfully to the book market is another. Margaret Busby, Jennifer N. Makumbi, Niq Mhlongo and Hans Balmes (S.Fischer Publishers) were the knowledgeable and entertaining guests. Unbelievable stories of rejected manuscripts, clueless publishing people, the sometimes inscrutable publishing structures and the strategies against them, amazed the visitors.

Lauri Kubuitsile then had another impressive event on her book, Dispersion/The Scattering. Keith Black moderated the event on the oppressive and in Germany highly topical subject of the genocide of the Herero and Nama, which the author tells in a very moving story. More? Online Magazines, Lost in Translations,…where to go?

Skipping Borders, for example. Emmanuel Iduma (A Strangers’s Pose), Yara Nakahanda Monteiro (Loose Ties) & Lerato Mogoathle (Vagabonds) under the direction of Emeka Okereke, told about their experiences as Africans traveling through Africa, which they processed in books. Very exciting, since in the West we are mainly influenced by the travel literature of white Europeans and Americans.

Sunday is also Kids and Family Day at the ABF. Writing for Children was a round table. It was about the important topics like language, representation, marketing, speech and responsibility. But there was also reading with the kids. Outside on the African Gems Stage: Girl without a Sound by Buhle Ngaba or Schwarzkäppchen (Little Black Cappy) by Anna Samwel Manyanza were the attractions.

Not everything can be mentioned. The entertaining conclusion of the ABF by the Poetry Night can. Here the African Gem shone particularly brightly again. The combination of literature and performance makes a literary festival an experience: Xabiso Vili, Athambile Masola, Keith Black, Fiston Mwanza Mujila, Goitseone Montsho, Maneo Mohale. A spraying rain of vocal art, music and sounds. 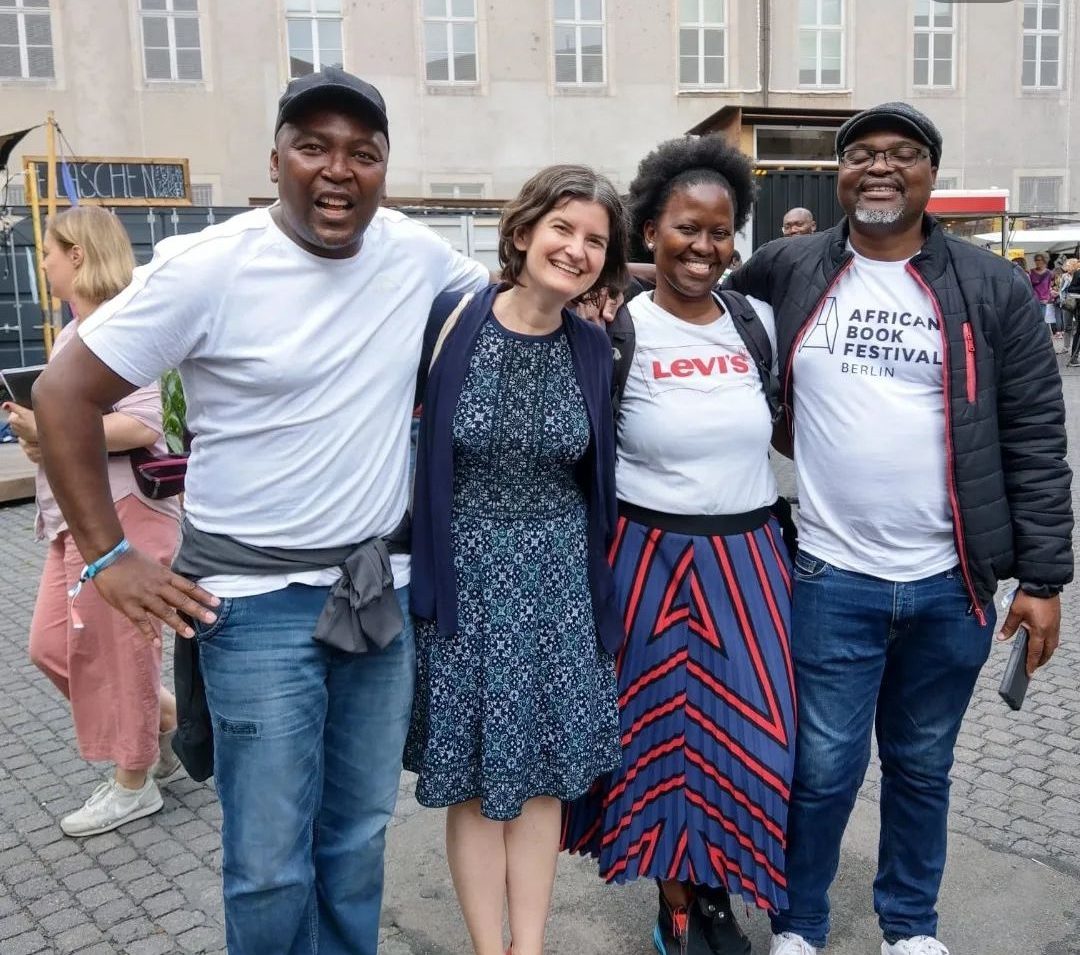 At the end of the festival, the visitors and authors are drunk with the magic of their own African literature festival in Berlin. And as soon as you leave, you miss all the people and wonderful moments that such a festival brings you. It was Today. Now it’s Yesterday, we’re looking forward to Tomorrow. The richness of a focus country, which this year was South Africa, could only be touched upon. Curator Lidudumalingani did a good job. Because it was hard to find the right ones for the festival out of the many great writers of the country. In the meantime, the number of publications in this country is almost unmanageable. But it is a good sign that much cannot be covered by a weekend festival. It has only just begun to really perceive the richness of African literature(s) in Germany. 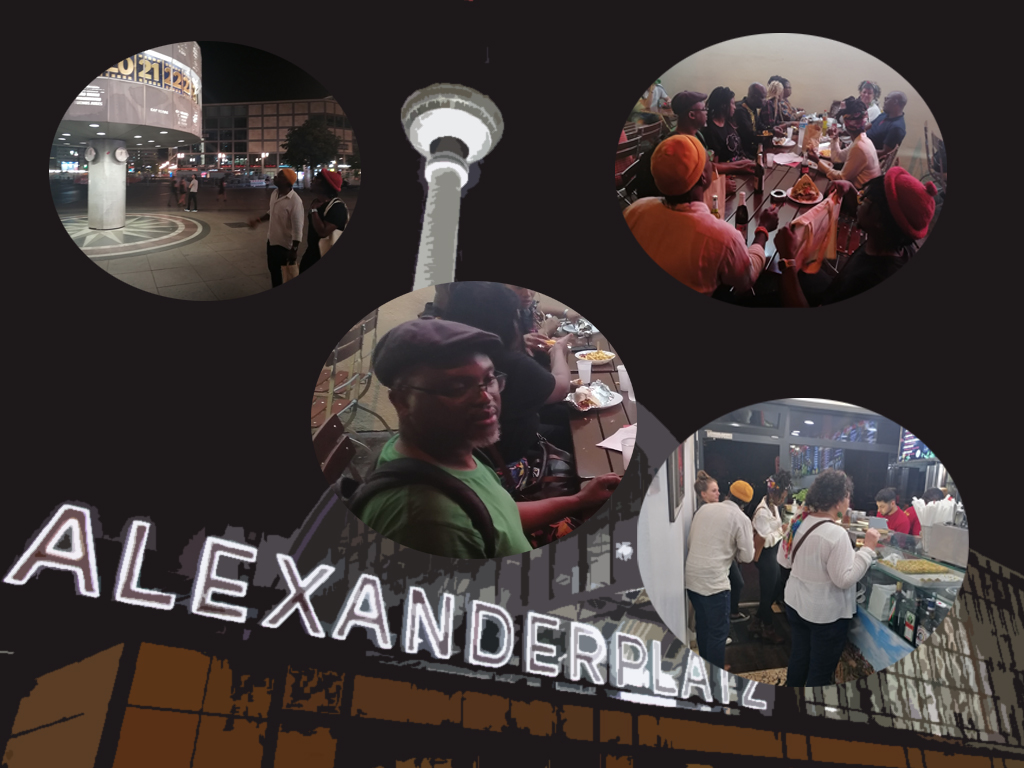 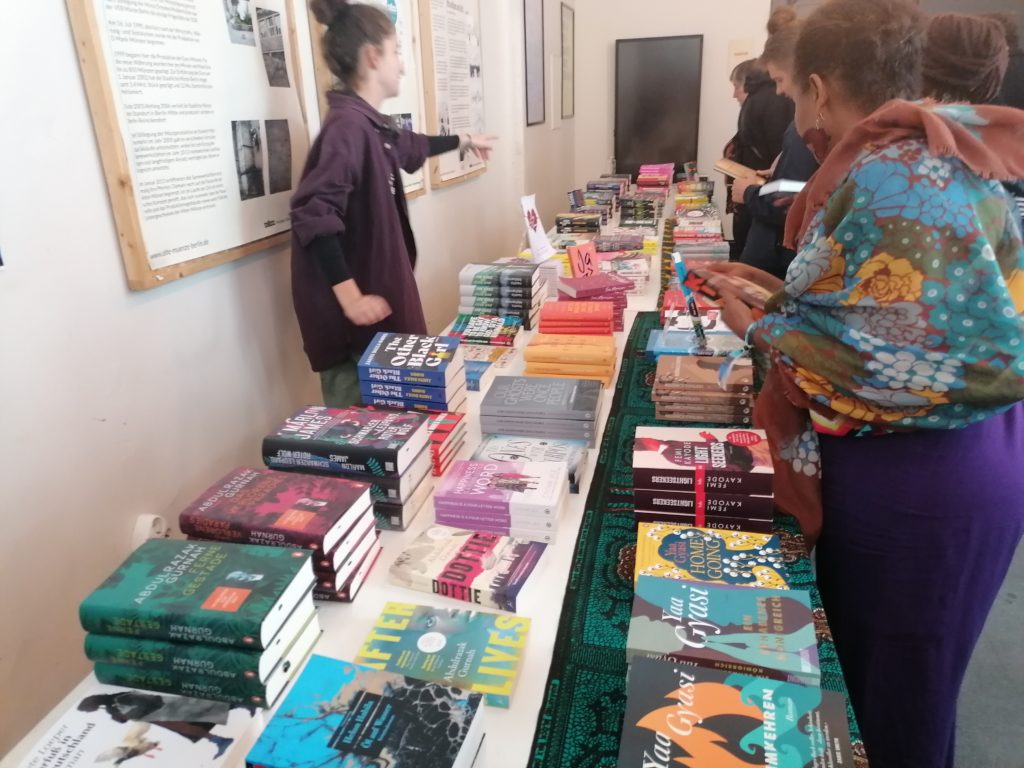 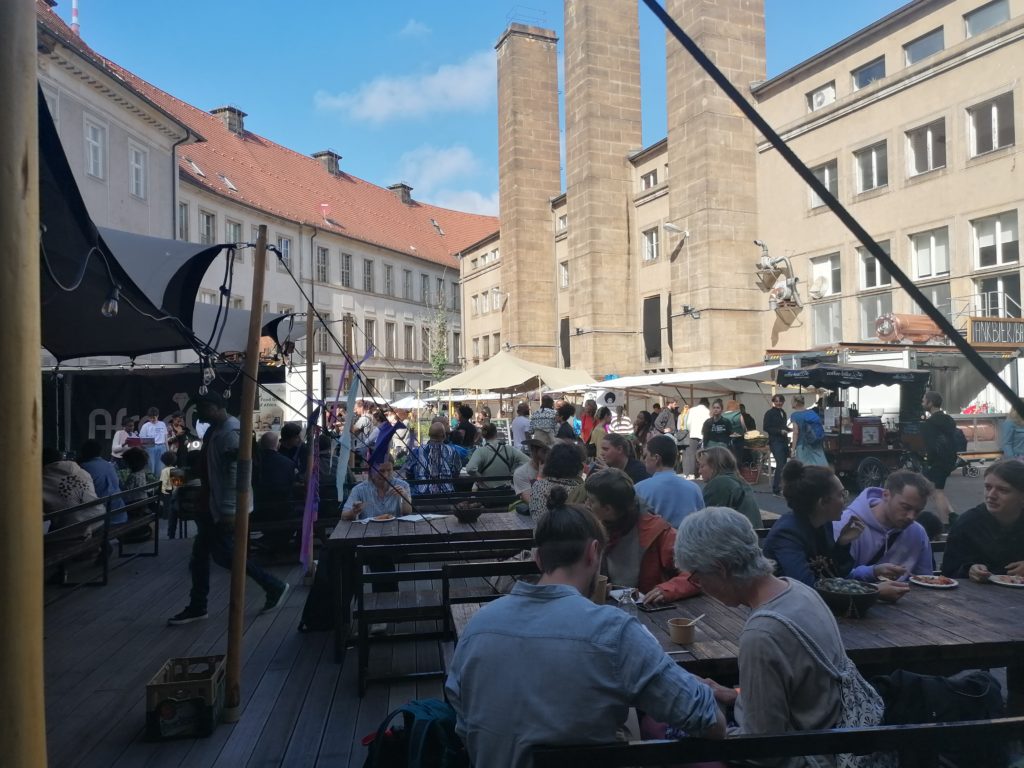 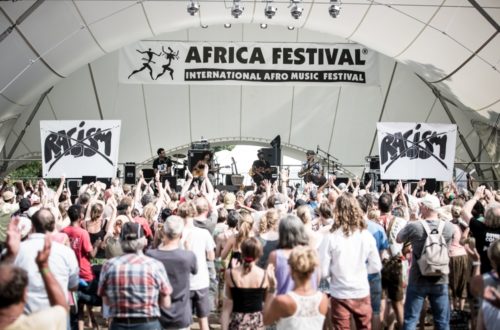 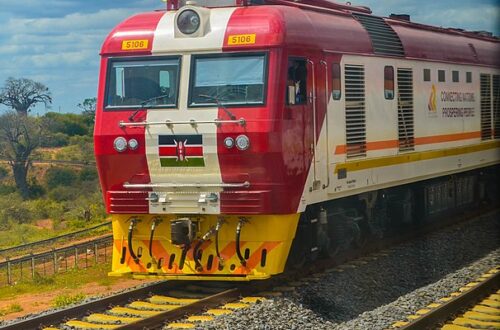 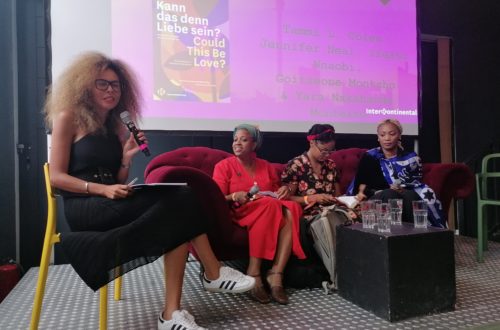