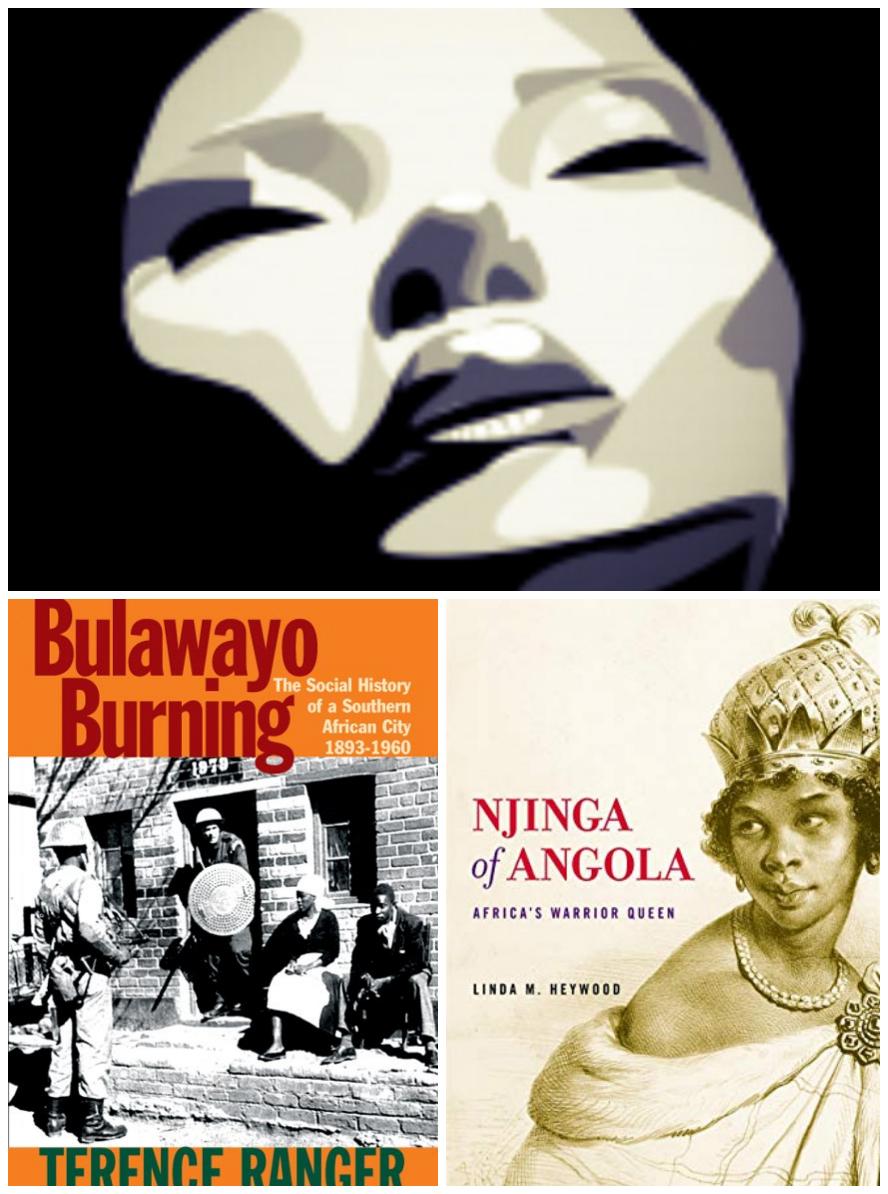 Our new contributor shonareads from Harare/Zimbabwe will review books from african writers as well as african topic, science fiction and many more of interest. We start today with two reviews: one about the Angolan „Warrior“ Queen Njinga and the social history book „Bulawayo Burning“.

I asked her five questions for the beginning.

Hans Hofele (cultureafrica):shona, you read a lot. How do you manage to read so much?

I love reading! And I make time for it. I run my own small business, which allows me to structure my day to suit my lifestyle.

HH: Is reading for you more than a pleasure?

I only read for pleasure. I make sure to pick books (and articles, and so on) that are in areas of interest.

HH: If we talk about Zimbabwean writers or African Writers in general, do you see trends?

My favourite current trend in “African” writing is away from the colonial gaze, and more towards redefining an African worldview, and a way of writing to and for Africans. I’m also very interested in Africanfuturism in speculative (and “science”) fiction, which is an Africa-centred futurism that is distinct from Afrofuturism, which is a more American concept.

HH: Science Fiction was dominated long time from the western world, do you see an African development into this genre?

I hesitate to define Afrofuturism and Africanfuturism as “new”, as we have been telling our own stories for centuries. I think it is fair to say that the Western world has become more interested in African stories, and that’s reflected in new stories from African authors in every genre, including speculative fiction.

HH: Which authors, from your point of view, are most underrated?

I read a lot of unknown authors, and love to find new voices, so this is a difficult question for me to answer!

Though largely unknown in the Western world, the seventeenth-century African queen Njinga was one of the most multifaceted rulers in history, a woman who rivaled Elizabeth I and Catherine the Great in political cunning and military prowess. Linda Heywood offers the first full-length study in English of Queen Njinga’s long life and political influence, revealing how this Cleopatra of central Africa skillfully navigated–and ultimately transcended–the ruthless, male-dominated power struggles of her time.

In 1626, after being deposed by the Portuguese, she transformed herself into a prolific slave trader and ferocious military leader, waging wars against the Portuguese colonizers and their African allies. Surviving multiple attempts to kill her, Njinga conquered the neighboring state of Matamba and ruled as queen of Ndongo-Matamba.

At the height of her reign in the 1640s Njinga ruled almost one-quarter of modern-day northern Angola. Toward the end of her life, weary of war, she made peace with Portugal and converted to Christianity, though her devotion to the new faith was questioned.Who was Queen Njinga? There is no simple answer. In a world where women were subjugated by men, she repeatedly outmaneuvered her male competitors and flouted gender norms, taking both male and female lovers. Today, Njinga is revered in Angola as a national heroine and honored in folk religions, and her complex legacy continues to resonate, forming a crucial part of the collective memory of the Afro-Atlantic world.

I first came across the name Nzinga when every second woke person on Twitter was using the name, but I was never curious about it.Turns out, I needed to be, because woke people already knew something about this amazing woman.

This book fixed the deficit in my knowledge very smartly. Written by an academic, it’s nevertheless very accessible; except, you may find the shifting political alliances in 17th century Angola as bewildering and eventually stultifying as I did. Never mind those, though: Njinga is a fascinating character, and her life makes for a compelling read.

I was also very intrigued, after reading through most of the book, to see parallels between the use of the myth of Njinga to create a nationalist icon in 1970s Angola, and Zimbabwe’s historical and also recently revived myth-making around Nehanda:

I got to thinking again about the Western insistence on written history being “real” (To whom?), and “accurate” (By whose standards? Interpreted by whom?). How forcing a people to speak the coloniser’s language disrupted/distorted/*destroyed* oral tradition. Much of what was written about Njinga over the two centuries after her rule came from Portuguese missionary sources, who of course had their own agenda. It is interesting that the MPLA may have reverted to local historical sources, but created a myth for their own agenda, too. Maybe history must always be disputed, and narratives must always have a purpose?

Regardless, very much worth educating yourself about this larger-than-life southern African woman of history. I feel as proud of her as if her blood runs in my veins — even if she was an occasional cannibal, and sent people off into slavery.

This book is designed as a tribute and response to Yvonne Vera’s famous novel Butterfly Burning, which is set in the Bulawayo townships in 1946 and dedicated to the author. It is an attempt to explore what historical research and reconstruction can add to the literary imagination. Responding as it does to a novel, this history imitates some fictional modes. Two of its chapters are in effect ‘scenes’, dealing with brief periods of intense activity. Others are in effect biographies of ‘characters’. The book draws upon and quotes from a rich body of urban oral memory. In addition to this historical/literary interaction the book is a contribution to the historiography of southern African cities, bringing out the experiential and cultural dimensions, and combining black and white urban social history.

TERENCE RANGER was Emeritus Rhodes Professor of Race Relations, University of Oxford and author of many books including Writing Revolt, Are we not also Men? (1995), Voices from the Rocks (1999) and was co-editor of Violence and Memory (2000).

So of course I LOVED reading this book on the history of the city of my heart. The date range (1893-1960) was chosen for a specific reason, but the detail included wonderful facts that one probably only comes across by doing much archival research.

Mr Ranger wrote thisas a response toButterfly Burning by Yvonne Vera, a book I had read and enjoyed before (there must be a story there!), so it helps to read the two as companion books. While Butterfly Burning is fiction, this is the non-fiction that explains and confirms what life in Bulawayo would have been like for Ms Vera’s characters.

I was particularly interested in the parts that corroborated stories I heard growing up, told by my mother and grandmother. One particular historical event that I have never heard about except through oral history was the Zhii demonstrations of 1960.

Some snippets from the book:

Awful. (Also, anecdotally, the burying of loot has happened since, after demonstrations.)

The rest of my ravings about the book and its significance to me personally on Twitter here.

I believe you can buy this book in Zimbabwe from Weaver Press (Facebook), but it is also available as an e-book from Amazon.

Rated: 9/10 (there were long stretches about labour things that made my eyes glaze over, and that’s why it’s not 10).

shonatiger is a blogger currently based in Harare, Zimbabwe. Her latest blog is at shonareads.wordpress.com, where she blogs about the books she reads. She can also be found on Twitter at @shonatiger, and on “Bookstagram” at shonareads_ 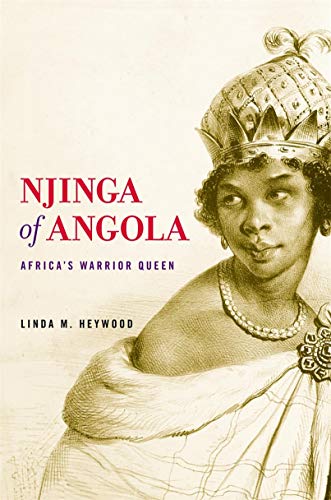 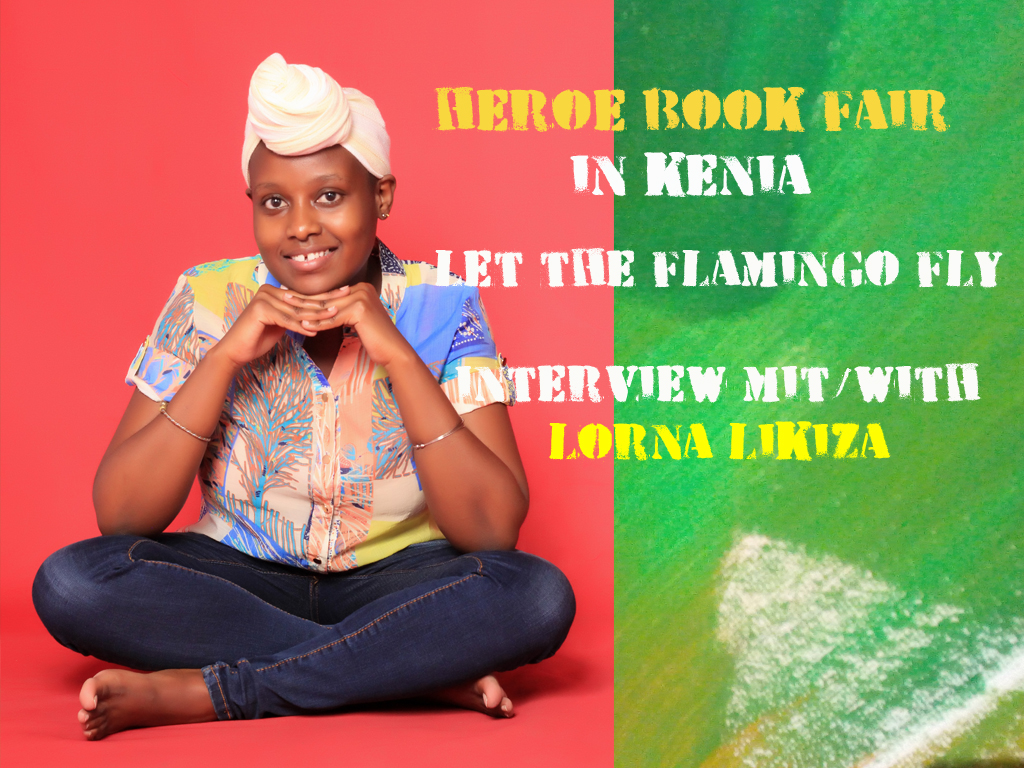 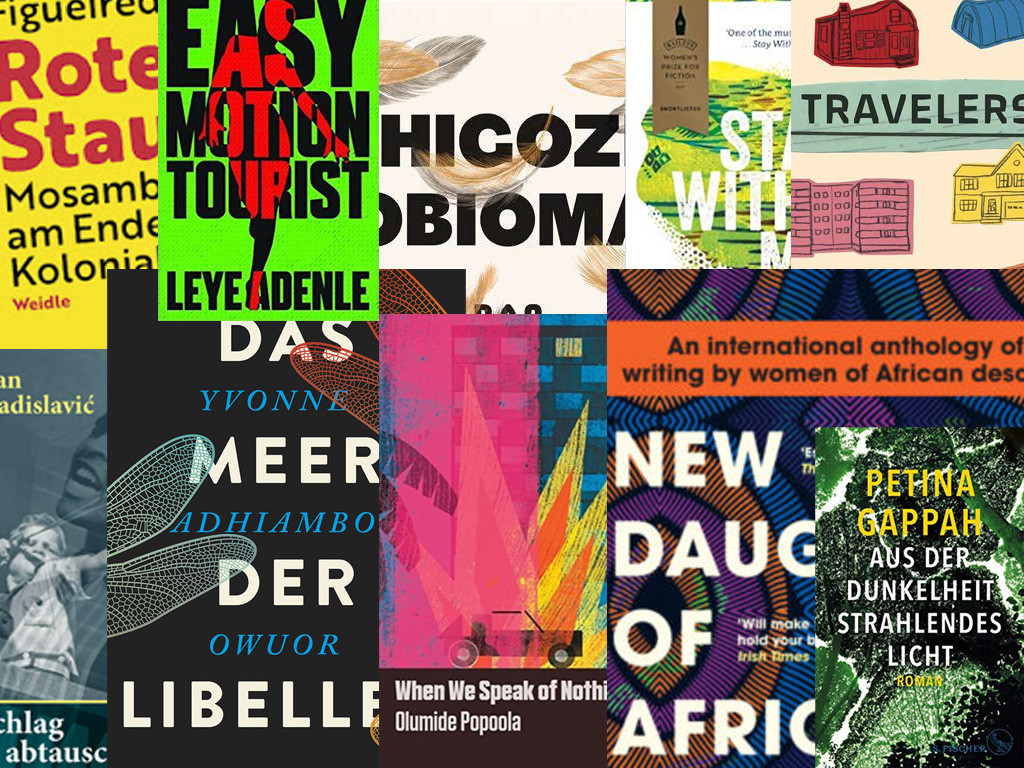 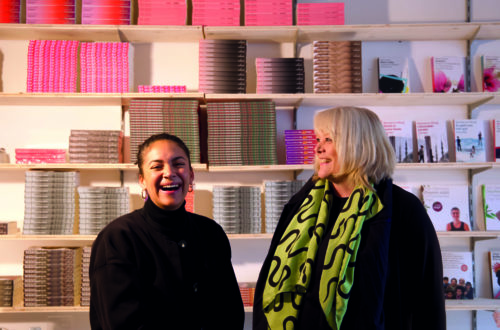