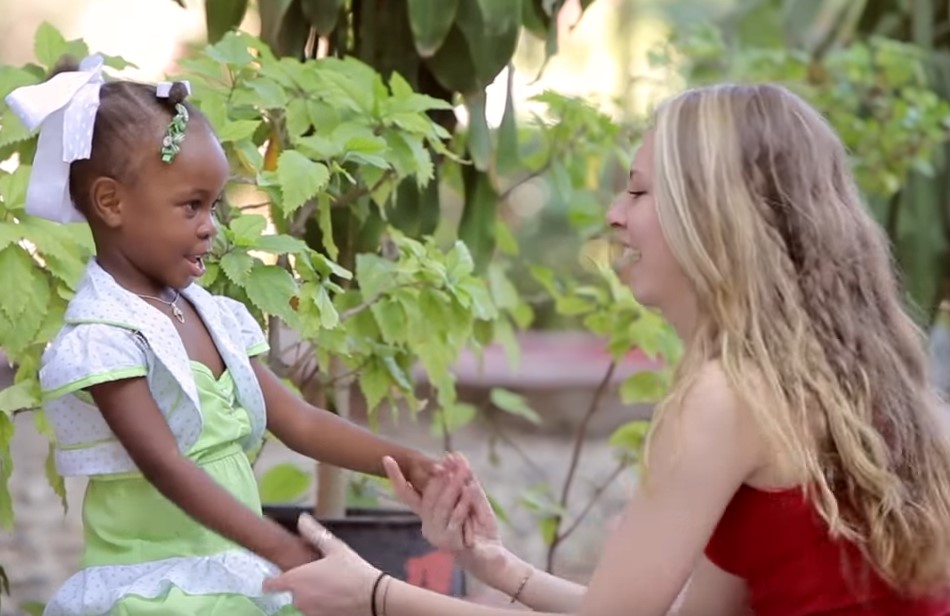 The White Savior Complex – Is Self-Hate to Blame?

For German Version please scroll down

I am currently reading Out Of Darkness, Shining Light by Zimbabwean Writer, Petina Gappah. The story follows the events just after the death of Scottish Physician, Explorer and Missionary, David Livingstone, and how his African companions decided to transport his body to Bagamoyo so that it could be further transported to his native land for proper burial. It’s historical fiction at its finest but one character stands out for me.

Jacob Wainwright. Rescued as a young boy from being sold into slavery by the British, Wainwright is enrolled into the Nassick Mission School in Bombay where in the process he becomes a Christian. With his newfound religion, native name gone, mode of dressing changed and ability to read and write acquired, he transforms into the best example of a self-hating African who would later join the African companions of David Livingstone.

He believes that he has been chosen by God to spread the gospel to his people, whom he is totally convinced are still shrouded in ignorance. Through his recordings in a diary he decides to keep after the death of the doctor, you get a sense of just how much Wainwright felt he was not in the same league as his fellow Africans. Ironically, he thinks he’s just the person to bring what he considers the much needed light to them.

Enter White Saviorism. Wikipedia defines the White Savior Complex as a White person who provides help to non-white people in a self-serving manner. The story of Renee Bach is probably the best example of this which has since been recounted in numerous articles across the globe. On July 31st 2020, Nurith Aizenman, writing for npr.org, reported that Renee Bach had settled a lawsuit which had been brought against her by two Ugandan mothers whose children had died in her care and a Civil Rights Organization in a Ugandan Civil Court. Bach agreed to pay Zubeda Gimbo and Annet Kakai a sum of 35m Ugandan Shillings ($9,702) each in damages.

It is indeed very unfortunate that death had to happen before any action could be taken to prevent it. Soon after completing her high school education in the US and with no medical training, Bach came to Uganda and set up Serving His Children, described as a charitable Treatment Center in Jinja. What is most appalling is that between 2010 and 2015, Bach who is often referred to as a missionary, took in about 940 severely malnourished children. Out of these children, 105 died.

It was then in 2015 that the Ugandan authorities took note and proceeded to shut down the center for operating without the required license. But a few years later, they again authorized Bach to re-open this time round in partnership with a Government Health Center in a different district.

Perhaps the most incriminating piece of evidence in this whole saga, was that in trying to highlight her efforts as a classic example of a White Savior, Bach ran a blog throughout detailing her time in Uganda. In one of the photos accompanying a blog post, she is seen performing a medical procedure on a child in totally bad shape.

The question however begs, why did it take the Ugandan government too long to stop this madness? Why does it take so long for many African governments to realize that something is going wrong in orphanages set up by questionable white individuals? Why does it take them too long to realize that children are being exploited all in the name of a white individual with a “passion” for Africa starting initiatives that on the surface look completely harmless yet are used as a cover for the most horrific, unimaginable things ever? 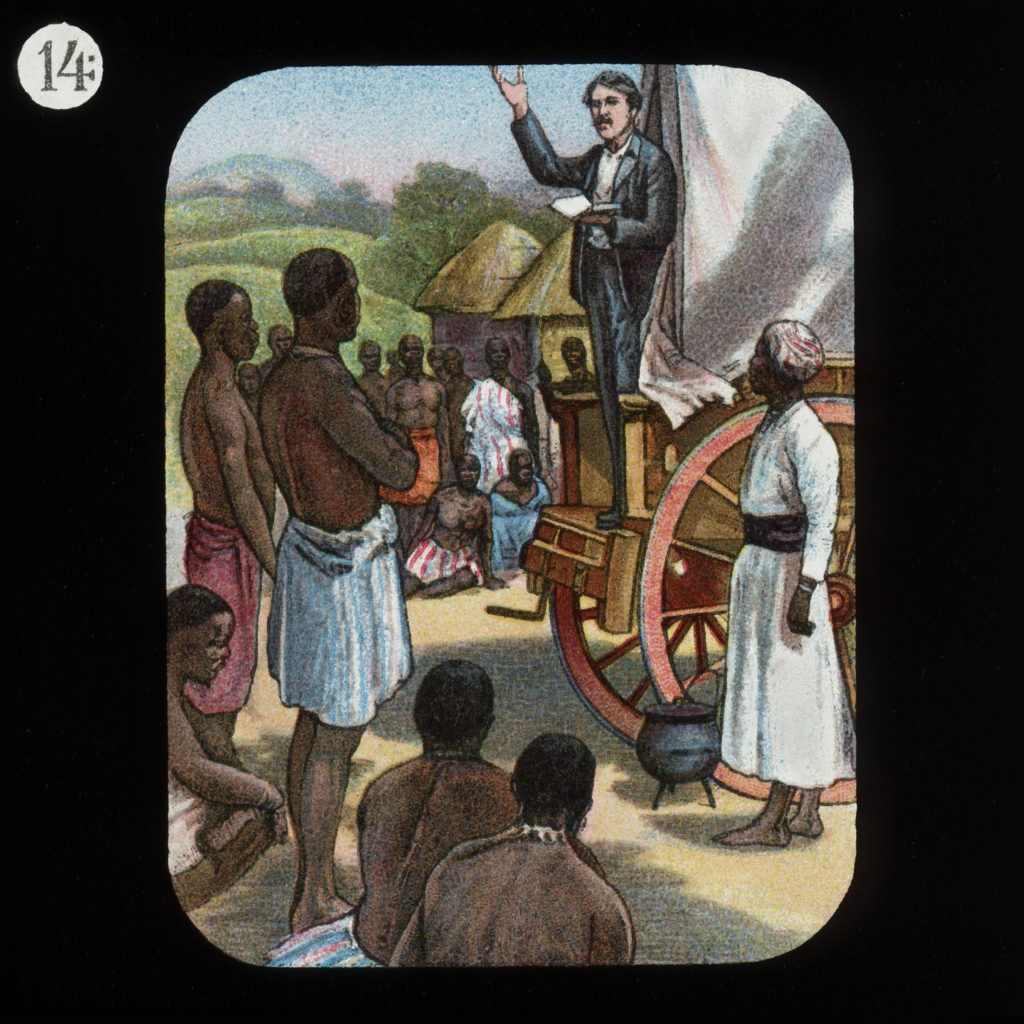 Has years of being made to feel inferior as Africans totally convinced us that we are totally incapable of solving our own problems that we have to always look to the West for a solution? What Renee Bach committed in Uganda is something that could not even be permitted to happen in the West were it the other way round and a young African, without even the most basic of medical training decided to start a charitable center.

I speak of Jacob Wainwright in the opening of this article because he represents the time when this internalized self-hate as “minority” groups began. David Livingstone died in 1873. It was during that period in pre-colonial Africa that the white missionaries had already succeeded in brainwashing some Africans into believing that nothing good could come from them. If it was not being delivered by a white person, then it was savage. It was backward.

It is about time that white foreigners should be vetted in the very same manner that an African native is vetted whenever they express interest in starting institutions where minors or unwell persons are entrusted in their care. But then, as Africans, have we gotten to that level where we are serious enough on this vetting business? Let us have a look at Kenya as an example.

Some years back, it took a TV Exposé to unmask one Mugo wa Wairimu, a supposed gynecologist who had for a long time been sedating female patients in order to sexually abuse them without much resistance. The worst thing is that like a proper doctor, he operated a clinic where women trusted he was professional enough to seek his services on a regular basis. Where were the authorities all this time this was taking place? Indeed, it is this type of laxity that is made worse by the white privilege accorded to white foreigners in Africa.

If the likes of Mugo wa Wairimu could get away with this kind of behavior, what about a white person whom by virtue of the color of their skin, is automatically considered as enlightened and professional?

Indeed, there have been other unfortunate but preventable incidences in Kenya where white registered/known sex offenders in their countries of origin, were permitted to run orphanages where they proceeded to endanger the lives of the orphaned and underprivileged minors in their care. 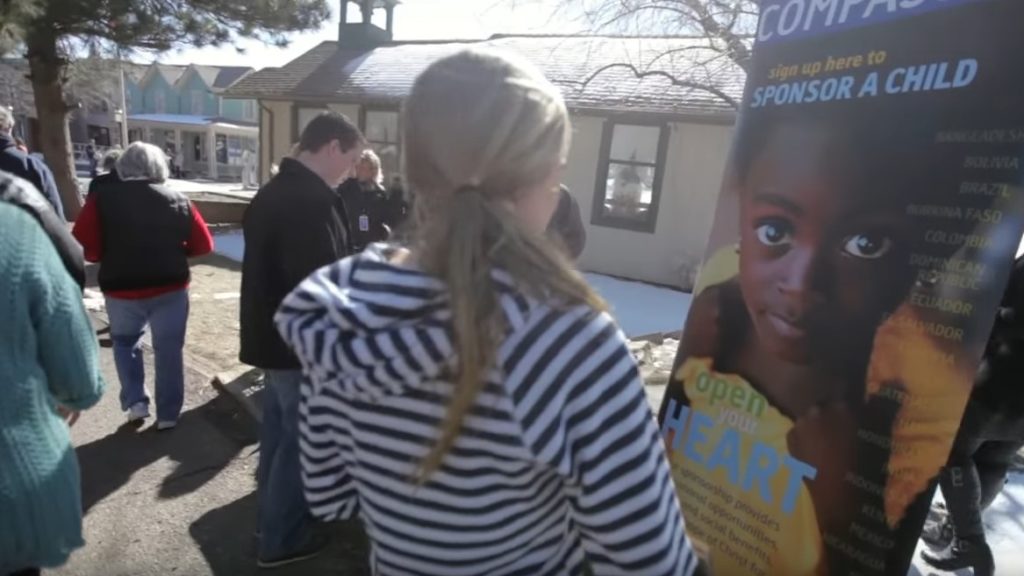 The African mind seriously needs to be re-conditioned. And this can only happen when we decide to unpack our long history of subjugation under powers that succeeded in convincing us of their superiority. African governments need to put strong laws in place that discourage the exploitation of children (applying even to foreigners pretending to be saviors) because from past incidences, we can confidently state that children are the most vulnerable when it comes to this white savior subject.

Then, we need to re-evaluate some of the things we allow to happen in our society such as Slum Tourism.

If it creates room for exploitation of either of the parties involved, then it should not be allowed to take place in the first place. Slum tourism which involves foreign tourists being taken on excursions to poverty stricken areas only serves the purpose of continuously perpetrating the stereotypes that stubbornly refuse to go away about developing countries. Why not arrange tours for those in government tasked with urban planning and sanitation in order to engage with the locals and evaluate the best way possible for the government to solve their problems?

It has been said before by countless individuals that African problems can only be solved by Africans. It’s about time that we employed this mantra and maybe, just maybe, we can eradicate any opportunities for white savior complex to thrive in our society.

And for that white tourist who visits a village or slum in Africa and whips out a camera to take a photo of the children for later posting on your social media handles, ask yourself, would you be comfortable if a foreigner in your country took photos of your own children without your consent, just to prove whatever point on Instagram?

Lorna Likiza is a Kenyan Writer, Tutor of French and Founder of Heroe Book Fair.
Her Fiction and Nonfiction has appeared in various literary journals in Africa and the US.
Her children book draft was longlisted in the Golden Baobab Prize 2018. It will be published by
Bright Lights Books in March 2022. She lives in Mombasa, Kenya, where she is actively involved in
the literary scene. 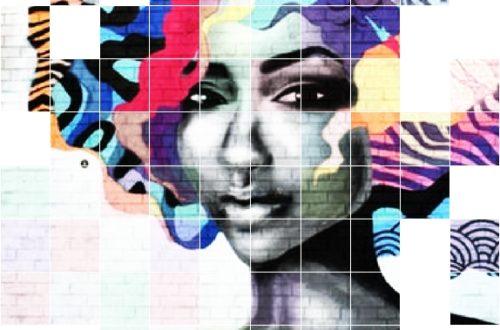 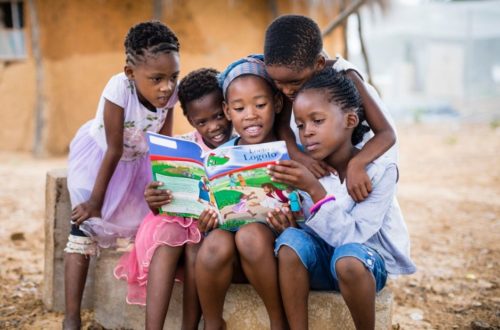 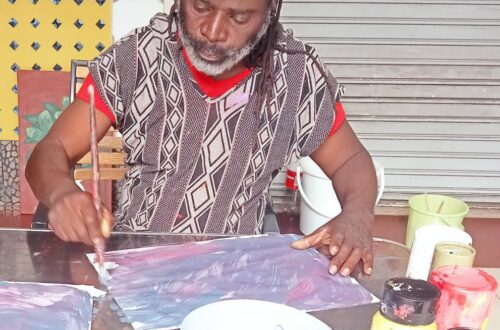 Bringing Art to the Masses – Interview with Patrick Mukabi – engl_ger