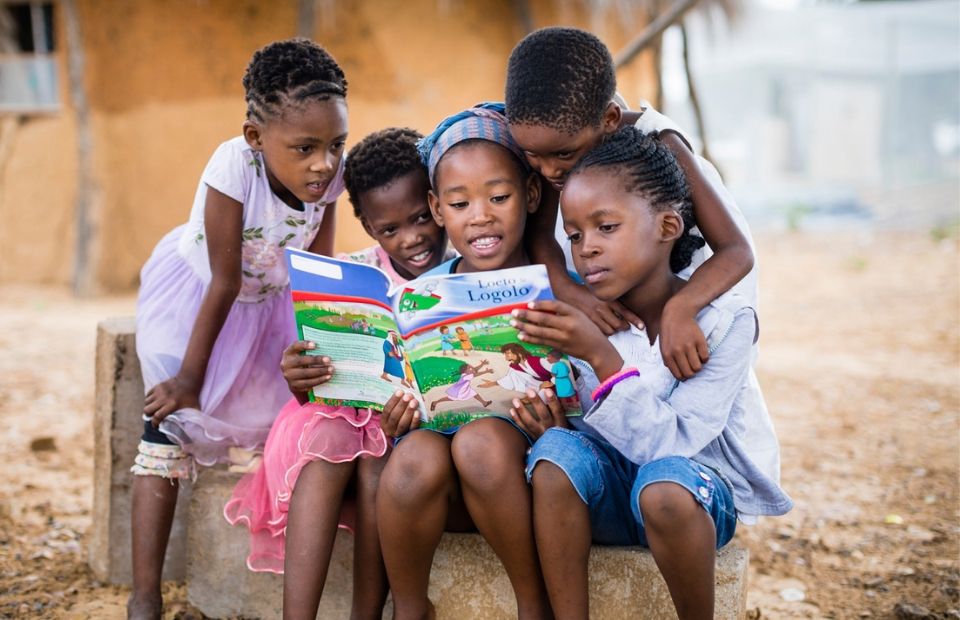 The National Library and Nursery School in Eldoret, a town in the Rift Valley of Kenya, marked my earliest encounters with books as a 3,4,5 year old. In these two places, the classic fables and fairy tales of faraway lands with princesses and their long, flowing, blonde hair, knights in shining armor, princes hopelessly in love, an ever growing beanstalk and brightly colored cloaks took center stage. I was lucky I got this opportunity to read at such an early age.

Primary school introduced us to relatable, age appropriate, African stories in the course books. Outside of course books, we devoured more foreign books with The Famous Five and Sweet Valley High series of books being quite popular. Goosebumps was a favorite for the tough ones who did not fear scary stories and for comic book lovers, when we got a bit older, Asterix and TinTin.

Perhaps the only books with an African setting that successfully competed with these at the time was the Moses series by Barbara Kimenye, a British woman who had settled in Uganda in the 50s. The books were so popular in East Africa as a result of their hilarious plots that they were better read out of class situations. Another generation of African readers can relate to the Mills and Boon novels, often read in secrecy in boarding schools due to their racy plots that were otherwise not age appropriate.

For many African children who got the chance to read early, majority of the stories told in African settings were mostly reserved for the classrooms during lessons. Stories told in foreign settings made for good leisure reading. And for the African children who due to certain, unfortunate, societal circumstances were unable to read, then this evidently hampered their ability to even perform well in their studies.

In recent times, we have seen a welcome shift with more African children and young adult writers being published. Young African readers are now getting a chance to see stories told by people who look like them with characters who look like them and not only designed for academics. Enter Bright Lights Books, a children book publisher for African readers based in London, UK and Lagos, Nigeria.

Refreshingly, the home page on their website, has a picture of a young, African girl, with such glorious, African hair, going through books. This is the message that Bright Lights Books hopes to pass: The possibility of African children getting to now read books with characters who look like them. I caught up with Okenna Nzelu, the Editor, for an exclusive interview.

Okenna: We interviewed Nigerian writer, Jude Idada, and referring to his children books, he said that he writes stories to show children, “this is the world that you are born into. These are the kinds of things that occur in this world, but this is a story about a character like you. See how they engage with the real world experiences to get a positive outcome.”

This quote very aptly describes why we are passionate about children’s books in Africa. Also importantly, I believe that children who develop an interest in reading (and writing effectively) will be much better prepared to negotiate their universe as adults.

Personally, I didn’t develop an interest in literature until I was well into my teens. I think that was because the books I had the opportunity to read were completely determined by the Nigerian school curriculum. I would like for kids in Africa to have as many reading options as kids in any other continent. So I hope we can fill the gap in a meaningful way.

Lorna: You recently inaugurated the Annual Bright Lights Young Writers Competition. What is the motivation behind it and what do you hope to achieve with this prize?

Okenna: Everyone has a story to tell and I think we tend to place a high premium on what adults have to say while discounting children’s perspectives. A children’s writing competition helps to bring the perspectives of kids forward and implicitly tells them their voice is important.

I think in a way it also communicates that writing can and should be a fun thing to do. It’s not just something to be done at school. We hope to encourage as many children as possible to develop their writing skills because effective written communication will probably be the most important skill when they become adults. Most communication is already written (email, online messengers, social media etc) so I suspect those who are actually good at it will have an edge. But also, by encouraging children to be good writers you’re additionally encouraging them to be good readers.

“I would like for kids in Africa to have as many reading options as kids in any other continent. So I hope we can fill the gap in a meaningful way.”

Lorna: What do you feel can be done to encourage more reading in African societies, where as a result of some limiting factors such as marginalization and perhaps, poverty, children are not able to get that reading exposure?

Okenna: That’s a huge challenge and yes, in situations of poverty it’s indeed difficult (and maybe even inappropriate) to begin to discuss reading. So I think we will need a huge amount of resources and political will if we are to see a meaningful improvement.

But reading does not need to be expensive. A child can read a letter or story written by a family member at very little cost. So I believe in starting from where you are – first by asking how we can encourage reading within families and then within communities.

I would love to see free public libraries across Africa and affordable children’s books with multiple distribution channels. But until then, I think each of us should be doing the little we can starting with our own families or communities.

Lorna: Is Africa appreciative of Children Literature? What is your take on this?

Okenna:  I think Africa is appreciative of children’s literature in the oral form. Across Africa there are thousands of children’s stories which have been told and passed down for many generations. Unfortunately, for several reasons, books have not been able to permeate through our societies in the same way as the oral stories. So while I believe the interest and demand exists from both parents and children, some private and public capital will be needed to build production and distribution chains for these books.

“But reading does not need to be expensive. A child can read a letter or story written by a family member at very little cost. So I believe in starting from where you are – first by asking how we can encourage reading within families and then within communities.”

Lorna: Where do you see Bright Lights Books in the next 5 years?

Okenna: Bright Lights Books will continue to support African children book writers in greater numbers and help to share their stories across the world. We will also continue to grow and expand the annual kids writing competition to include indigenous African languages. As a side note, it will give me great joy if in 5 years, one or more of the kids decide to pursue a career in literature.

Lorna Likiza is a Kenyan Writer, Tutor of French and Founder of Heroe Book Fair. Her Fiction and Nonfiction has appeared in various literary journals in Africa and the US.Her children book draft was longlisted in the Golden Baobab Prize 2018. It will be published by Bright Lights Books in March 2022. She lives in Mombasa, Kenya, where she is actively involved in the literary scene. 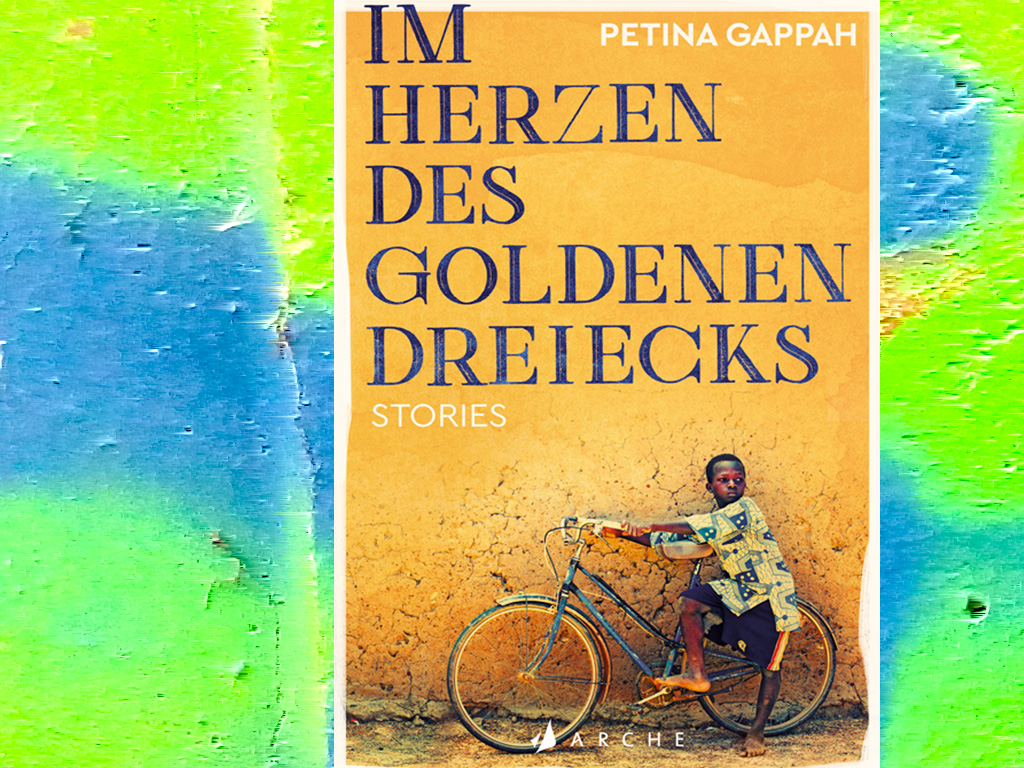 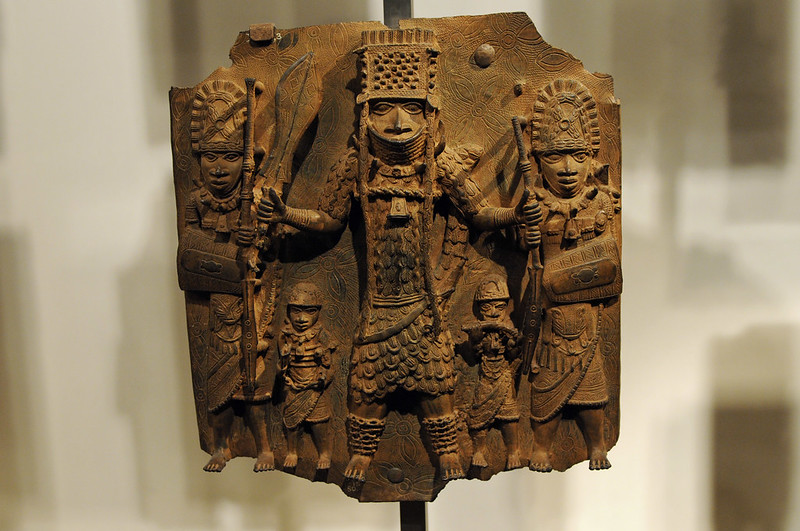 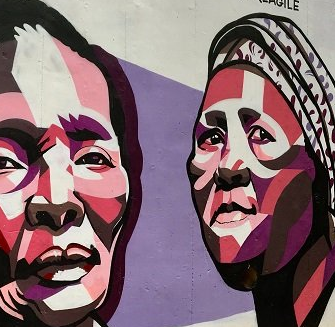